The land at 90 Elgin Street has sustained 140 years of Ottawa landmark buildings. Initiated in 1873 by the Marquis of Lorne, the first building housed the National Gallery of Canada followed by the Supreme Court in 1881. In 1953, a new seven storey office building replaced the 1873 building. Named ‘the Lorne building’ after the Marquis, the 1953 building featured an at-the-time innovative temperature and humidity control system for the National Gallery art storage. As many downtown Ottawa Canadian buildings, the Lorne building’s heating and cooling energy came from the century old Cliff Street plant.

When Goodkey Weedmark and Dilfo Mechanical set out to design and build the new Lorne building’sheating and cooling system, they were faced with the challenge of meeting LEED Gold efficiency requirements while relying on the same Cliff Street plant for heating and cooling. As a result, 390,000 CFM of fresh air was required to flush the building and allow for air-side free cooling. To improve the urban landscape, the architectural design at 90 Elgin required the mechanical equipment to be housed in the penthouse. This presented a near impossible ventilation challenge: provide 390,000 CFM of outside air and 366,000 CFM exhaust using penthouse mechanical room floor space.

While the penthouse floor space could be made available for the large fans required to move thismassive air volume, there are numerous advantages in addition to floor space savings that led to the decision to utilize CES Group FANWALL TECHNOLOGY®.

FANWALL reduces the fan footprint twofold: first by using vertical fan array and second by integrating sound attenuation into the fan cell. The proposed FANWALL system used a third of the floor space of a conventional large fan system. The result is a wall of fans that use the duct cross-sectional area rather than using the valuable penthouse mechanical room floor area.

With the physical constraints addressed, the next challenge is having the capability to modulate the massive air volume to the varying building ventilation load. The air delivery system at 90 Elgin must have the capability to modulate from unoccupied set-back mode, up to the full output during air-side free cooling and emergency smoke evacuation. Most fan and VFD systems can provide this modulation range, the challenge is varying the air volume efficiently.

The fan motor is sized for a given wheel size at the peak static pressure and air flow rate, where at this full load the motor is the most efficient. As the fan ramps down, the motor loses efficiency. With the three components that makeup FANWALL; the multiple fan cells, the individual VFD and the controller, the FANWALL system can chose the best combination of motor quantity and speed. The controller takes into account both the fan, motor and drive efficiency at the current operation. When fans are turned off, each cell is equipped with a zero system effect backdraft damper that automatically closes to prevent re-circulation.

FANWALL provides redundancy without additional fans or energy penalties resulting from oversizing motors. The FANWALL system is designed to compensate for a fan failure while maintaining airflow and static performance. Each motor is equipped with a variable frequency drive which not only allows each fan to modulate to a lower output, but allows the operational fans to ramp up to provide the design air volume. If a motor requires servicing, the small 3HP and 5HP motors only weigh 150 lbs and can easily be removed and replaced using the building’s elevator. 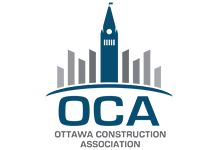 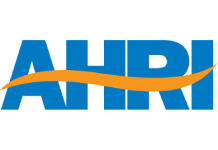 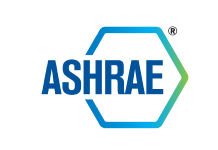 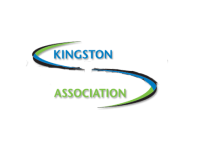